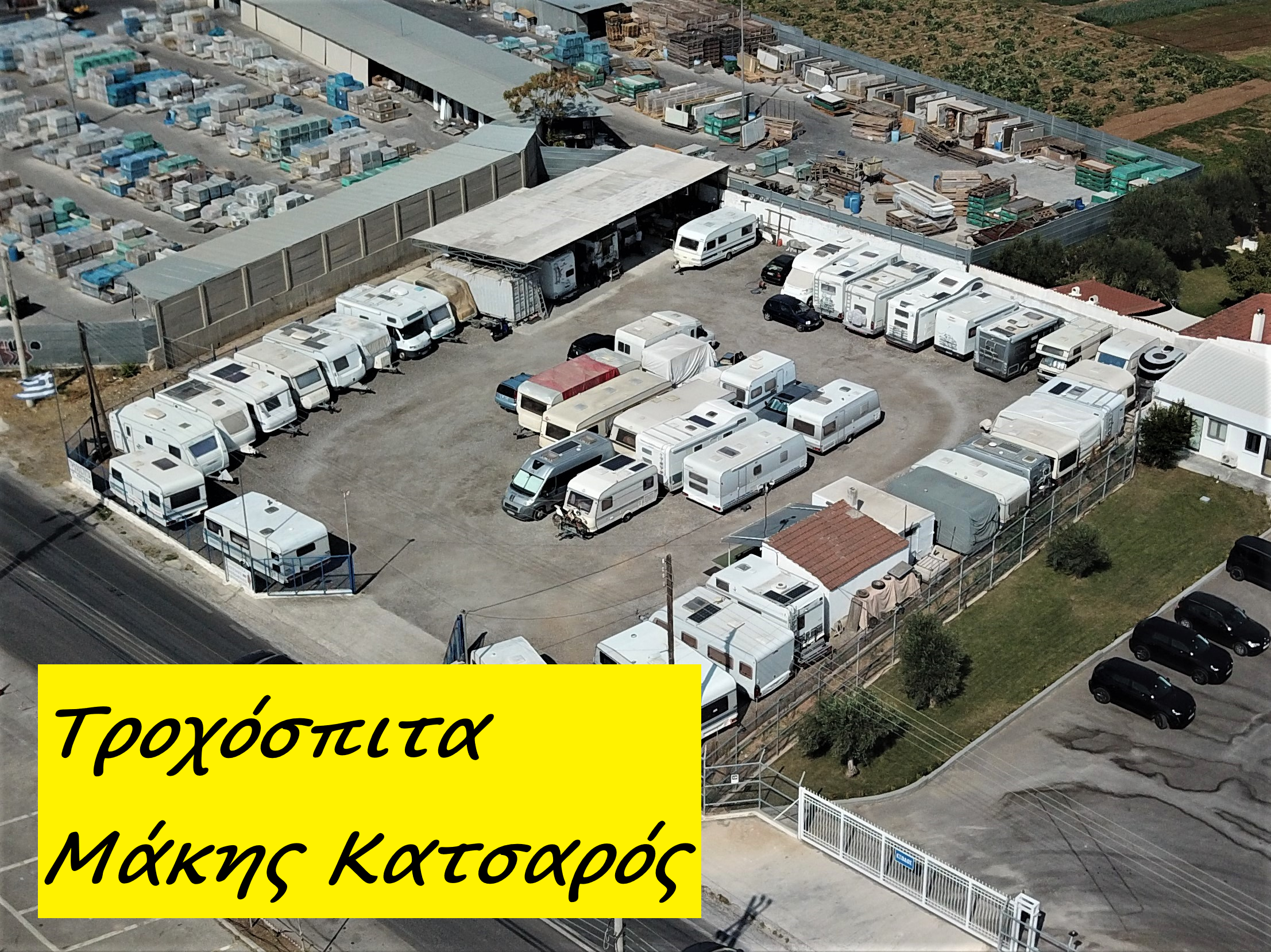 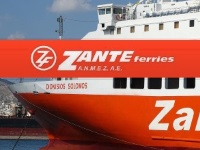 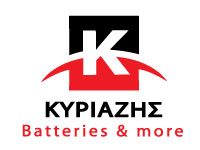 Draft of the European Sailing Federations letter about the new Greek boat tax:

To the Hellenic Government

The undersigned represent "the British Cruising Association MEMBERSHIP &c, "the German Segler Verband Kreuzer Abteilung MEMBERS &c" and "the Swedish Cruising Club" and its 42,000 members, whereof 3,000 in our Mediterranean Section. We are concerned about the announced new Greek  ”residence and operation fee” on boats, due to come into force from 1st January 2014. The translated text indicates the following main contents.

The levels of taxation depend on boat lengths and are per year :

There are certain set-downs from the list for commercial boats over 12 metres.

In addition to these charges, there remains for boats over 10 metres to pay for a DEKPA log, which costs 30€ and in addition usually 15€ to the port police.

Apart from the facility of monthly payment for boats of over 12 metres’ length, the tax is to be charged per calendar year on all boats over 7 metres’ length in Greece irrespective of time of stay with no exemption for brief passage or short visits. This is therefore not a circulation charge as previous attempts but a general tax upon visiting Greece per boat.

The rules state no exemption for boats already in Greece and already admitted on the premise that there is no taxation. For boats having paid the annual charge there is no refund for leaving the country before the twelve months are out.

The amounts are payable for visiting boats ”that are sailing, docking or mooring or at anchor in Greek territorial waters”, but apparently not for boats merely ashore. Cor-responding to the rule of no refund on leaving the county, there should be no return on hauling the boat ashore, though it should be possible for a +12-metre to pay the monthly charge for periods planned in the water and then pay new monthly amounts on the boat being launched in the spring. Apart from this a boat wintering over will necessarily have to pay charges for two years, since the debit is per calendar year.

The Minister of the Merchant Marine has commented that, while earlier measures have not yielded any income to the country, the proposed charge would bring 20 mill. Euros to the Greek State. That indication must be based on the assumption that the number of visitors would be unaffected by the new charge. Earlier attempts have shown that taxa-tion strongly decreases the number of visitors. This would not only diminish the calcula-ted income but would much lower tourism incomes from these groups of visitors. This is likely to particularly occur for the most heavily charged boats of over 12 metres, which are also those likely to bring the country the largest tourist revenues.

It may be noted that a Sardinian luxury boat tax declared a number years ago drove away so many visitors that it had to be scrapped after a few years. Similarly an Italian tax on boats had such pernicious effects for the tourist industry that it has now been limited to domestic boats.

Since the new charge has been announced to become effective on very short notice, many boat owners having left their boats in Greece will be deceived by being charged a tax contrary to their expectations on arriving. Moreover, the measure is being intro-duced at a time of year when many boats are on laid up so that a move to another country will be hard to arrange. The effect is likely to be a lasting distrust of Greek governance which may for a long time affect boat owners’ willingness to visit the country.

A likely effect of the new tax being per calendar year will be that of deterring owners of boats below 12 metres from short visits to the country, not having the option of monthly payments for such visits. Nor will such owners be attracted to the idea of wintering their boats in Greece.

If the charge had been imposed on residents, Greek or foreign, it would not directly conflict with EU rules on free circulation. However, since it appears to strike immedi­ately on arriving, it will have the effect between member States of being equivalent to a customs duty and thus will come into conflict with art. 28 of the EC Treaty. This restrict­ing effect is enhanced by the new law’s provision of a 30% bonus for boat owners who let their boats remain in the country during the entire taxation year.

EC countries having boat dues already are Italy, Portugal and Spain. These dues are limited to residents, which is consistent with EC rules. Croatia after its accession to the Union does however retain its water charges also for short visits, which in this respect seems equally questionable as the now announced Greek taxes.

Since Greece belongs to the Schengen area there is another aspect having bearing upon the matter. The Schengen rules are now expressed in the Schengen Borders Code, which is a Regulation directly binding its Member States. That these rules are relevant for pleasure-boat crossings is shown by the reference in article 4, which contemplates alleviations, not aggravations, for such passages. While Greece, as bordering non-Schengen countries, must provide for visitors entering only via border crossing points, she must grant Schengen boaters at least the same rights as other Schengen visitors. Under the Borders Code’s art. 7(2), this may involve only a ”minimal control” of the visitor’s status, which is hardly compatible with an obligatory cashing of an annual boat charge for a short visit or passage. No other Schengen country applies such restrictions.

1.While we do not question the right of Greece to charge boat taxes from residents, we find the charge on temporary boat visitors regrettable for our members and inhibitive for their willingness to continue visiting your country. Furthermore, the charge as an-nounced infringes EU and Schengen rules and is likely to lead to complaints.

If these observations are not accepted in the country’s own interest to inhibit the de-cided tax, we would urge in the interest of both our members and the host ocuntry itself that the following complaints of the tax as announced are considered.

2. The sudden leap of the charge from 400€ at 12 metres to over 1,200 above that is not rational and will have unpredictable effects.

3. The charge on ”trapped” boats having entered the country under other expectation and being charged before having any real possibility of reacting is unfair and it apt to shake visitors’ faith in Greek authorities. A exit from this should be allowed.

4. The allowance of a discount for boats remaining permanently in Greece contradicts the EU principle of free circulation and creates the impression that Greece only gains from the stay in the country for which she is charging a tax. Moreover, yachtsmen are in the hands of the Minister of Shipping as to the meaning of ”permanence” in this con-nection. It is improper that such a matter should be left unsure until after the issuance of the law.

5. Noxious consequences of the charge being payable per calendar year have been pointed out above. It ought to be changed to be a year from payment date.

6. If in spite of all this tax is introduced it would be reasonable to let it supersede vexa-tions charges such as the 30–45€ for a DEKPA for the larger boats.

We feel called upon to clearly inform all our members of the proposed measures and their effect, so they can plan beforehand and avoid Greece if costs seem prohibitive.

We are prepared to support members in complaints they might raise against Greece in the European Commission or other fora.

But we would much rather continue to recommend our members visiting and staying in the wonderful Greek water areas and to co-operate with the Greek Government in spreading information about its charm and advantages to sailors from other parts of Europe.

With this in mind, the Cruising Association, the Kreuzer Abteilung and the Swedish Cruising Club’s Mediterranean Sailors appeal to the Greek Government to defer putting the proposed measures into immediate application and not to introduce measures tending to hamper Greek sailing except in co-operation with guests in the hospitable Greek waters and their representatives.

In the hope of continued good future relations, we sign

For the CA, KA, Med Sailors